Honey Brake Welcomes Timber
One of the biggest draws for waterfowlers visiting Honey Brake Lodge each season, besides the world-
class duck hunting and five-star food and accommodations, is the chance to hunt with some of the top
hunting retrievers in the nation. With a virtual all-star lineup of Labs in their kennels, it’s big news when
a new dog joins the ranks. Each one has huge expectations to live up to and even bigger paw prints to
fill.
With this in mind, Honey Brake is excited to announce the newest addition to their retriever corps is
Timber, a 7-week-old female Labrador puppy and named after Realtree camouflage’s newest pattern.
Timber was selected by Honey Brake head guide and habitat manager Jared Mophett.
Every couple of years, Honey Brake generally adds another dog to the group as others age out.
Sometimes they go with a finished dog and sometimes puppies depending on the immediate need.
Retrievers at Honey Brake will often go through more retrieves and see more varied retrieving situations
and conditions than most dogs experience in an entire lifetime. The expectations are big from clients
and guides alike, so proper training of each new puppy is critical.
“I chose Timber from a pedigree and bloodline I am familiar with and that I know has produced a lot of
good dogs,” Mophett says. “I have had great success with other dogs from this pedigree, and Timber
should be no exception.”
In looking for the right dog, Mophett explains he looks for a puppy that comes from a line with great
trainability, focus, desire and above all, great marking ability. Timber’s parents—4xGRHRCH HOF UH
“Tide” MH and FC AFC “Mickey”—both possess those qualities. The dam, Tide, as noted in her title is a
four-time Grand Retriever Champion (GRHRCH) and earned Youngest Grand Champion honors at 25
months old. She’s also a Hall of Fame retriever having earned Master Hunter and Upland Hunter titles.
Mickey is a Field Champion (FC) and Amateur Field Champion having won 2017 Purina Top Amateur Dog
and 2019 Top Open and Amateur Dog honors among others.
As for Timber, she won’t be used as a guide dog until the season after next. At her age, training has
already begun however with obedience training, familiarity with birds and above all socializing.
“Right now, we want her to have fun just being a puppy,” Mophett says. “Some people would try to
hunt her this coming season, but that will only create bad habits in a dog. Retriever training for a dog is a
lot like school for a child. Just like a kid can’t read until he learns his ABCs, a dog can’t do more
developed skills until the basic steps are learned.” 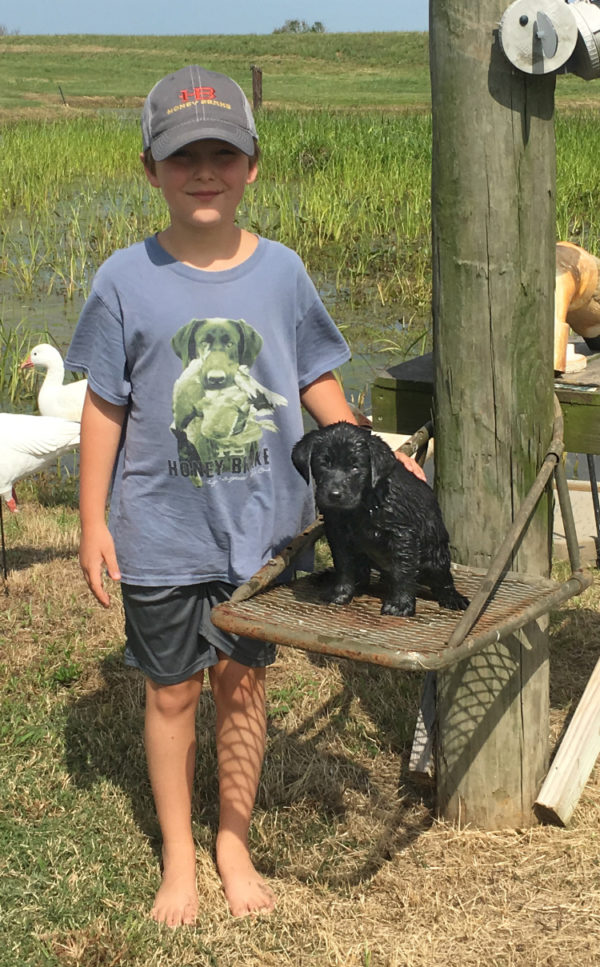 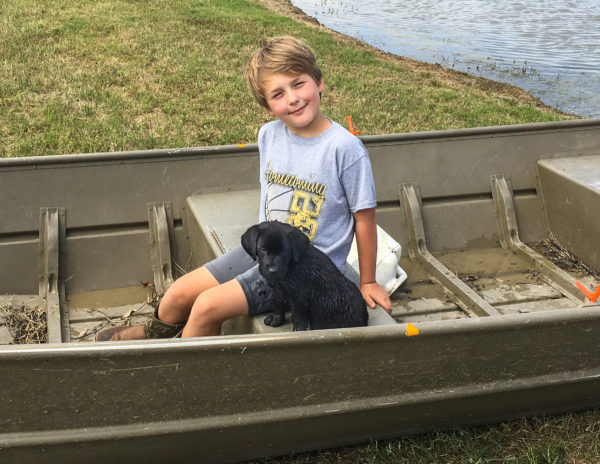 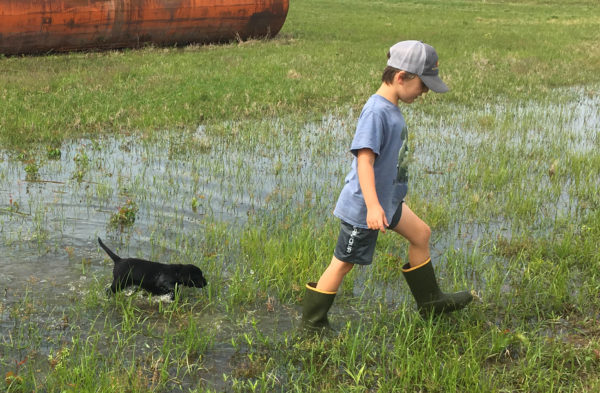 Read Previous
See All
Read Next

Ready for your Honey Brake experience?

Join us at the lodge